DART partner Optellum, a lung health company aiming to redefine early diagnosis and treatment of lung disease, has received clearance from the FDA for its Virtual Nodule Clinic.

This revolutionary product is an AI-powered clinical decision support software for pulmonologists and radiologists managing patients with small lesions in the lungs – nodules – that could represent early-stage lung cancer. This is the first such application of AI decision support for early lung cancer diagnosis cleared by the FDA.

Lung cancer kills more people than any other cancer. The current five-year survival rate is an abysmal 20%, primarily due to the majority of patients being diagnosed after symptoms have appeared and the disease has progressed to an advanced stage (Stage III or IV).

By comparison, the survival rate for small tumours treated at Stage IA is up to 90%.

Up to two million US patients a year are identified as having lung nodules through chest CT scans. Current guidelines mandate follow-up over one to two years to determine whether a nodule is cancerous. However, over 60% of these patients do not receive guideline-recommended follow-ups, severely limiting opportunities for early intervention and treatment.
Patients who do receive recommended follow-up often require multiple imaging scans and biopsies, and sometimes unnecessary invasive procedures including surgical biopsies and lung resections, before arriving at a definite diagnosis. 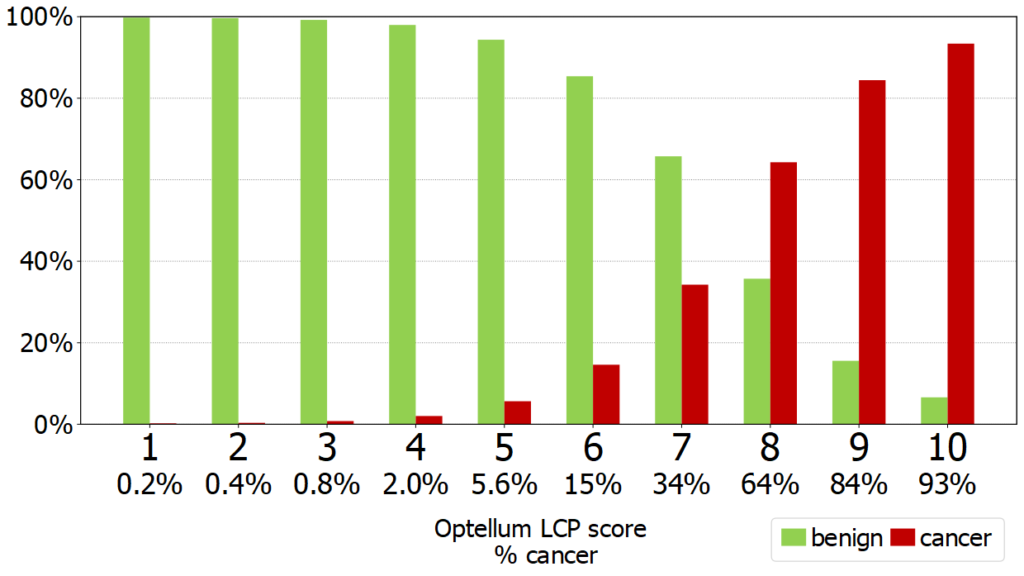 Optellum’s LCP score is powered by the world’s first FDA-cleared imaging AI/”Radiomics”-based digital biomarker for lung cancer. The score is computed from full patterns of 3D pixels in standard images captured by Computed Tomography (CT) scanners, which are already available and the standard of care in every modern hospital.

Physician use of Virtual Nodule Clinic is shown to improve diagnostic accuracy and clinical decision-making. In the clinical study which underpins the FDA clearance, all readers in the study, which included pulmonologists and radiologists of various levels of expertise, from generalists to experts, showed a statistically significant improvement in their accuracy for diagnosing lung nodules when using the Optellum software.

Optellum is a commercial-stage lung health company providing Artificial Intelligence decision support software that assists physicians in early diagnosis and optimal treatment for their patients. The company was founded so that every lung disease patient is diagnosed and treated at the earliest possible stage when chances of cure are the highest. Optellum has headquarters at the Oxford Centre for Innovation in Oxford, United Kingdom and a US office at the Texas Medical Center in Houston, TX. 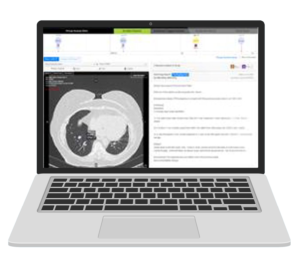 Optellum will lead and deliver DART’s lung cancer AI model validation work by providing AI and technical expertise and will collaborate with Roche on the integration of blood biomarkers.

The Optellum Virtual Nodule Clinic AI model is being trialled on Lung Cancer Screening (LCS) data, and an automated workflow is being developed to support implementation into clinical practice.

AI algorithm outputs are being validated using the same trial protocol currently in use for testing Optellum’s algorithm in an incidental pulmonary nodule NHS setting (IDEAL). This will lead to easy adoption into the NHS if the trials are successful.

People over 55 but younger than 75 who have ever smoked are being offered a free lung health check. See…